Conchs Bounce Back After Ian Brushes By 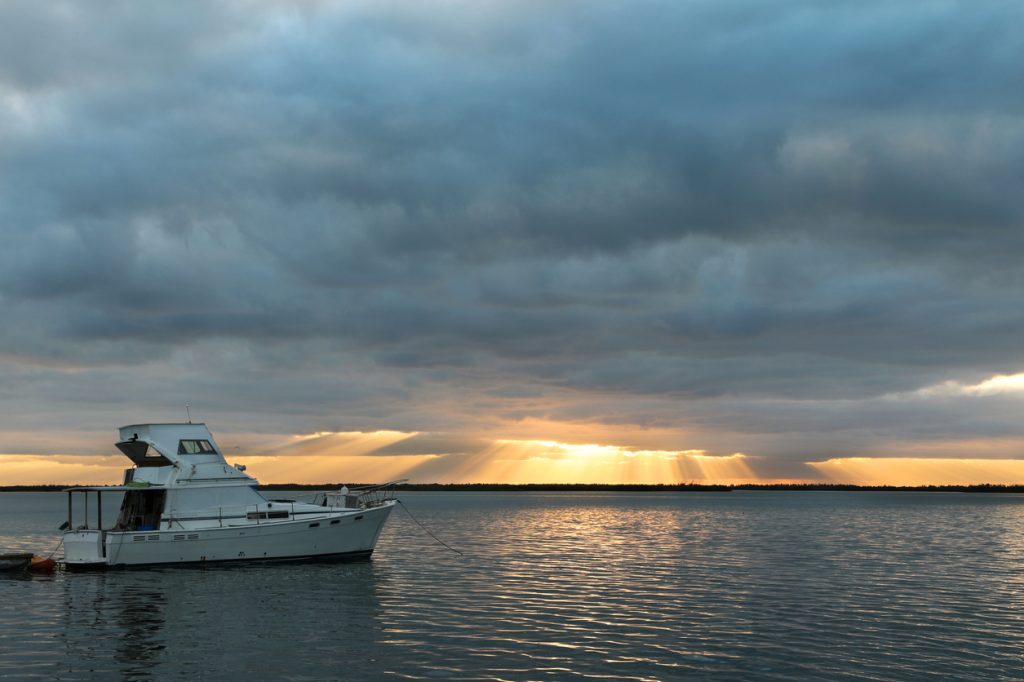 Conchs Bounce Back After Ian Brushes By

Slightly Bruised But Far From Broken

In late September, the hardy, happy-go-lucky spirit that makes Key West such a special place was clearly on display as visitors and locals alike snapped pictures while getting drenched by crashing waves flaring behind the Southernmost Point marker in the aftermath of Hurricane Ian. The storm passed from the Caribbean into the Gulf of Mexico during the night of September 26 into the morning of Tuesday the 27th when it came ashore in western Cuba. It then proceeded north as a Category 3 storm packing 115mph winds, crossing directly over the Dry Tortugas 70 miles straight west of the Southernmost City.

Tuesday afternoon into the morning of September 28th saw Key West thrashed by tropical-storm strength winds but spared the main force of the storm. Ian grew in ferocity over the warm water of the Gulf, then went on to devastate Florida’s West Coast when it made landfall at 3:05pm EDT on the 28th near the barrier island of Cayo Costa, just offshore of Fort Meyers, with maximum sustained windspeeds of 150mph.

On Key West, the south shore and Bahama Village neighborhood saw significant flooding as the Atlantic shoreline of the Florida Keys chain took the brunt of 3–5 feet of storm surge—according to the national weather service, the 3rd highest in 100 years. This was the result of the storm coinciding with exceptionally high “king tides” brought on by the new moon of September 25th.

But aside from the localized flooding, the most visible effects of the storm were light structural damage, toppled trees, piles of wind- and sea-borne debris, and power cuts. By the morning of the 29th, Key West city crews were clearing up debris and putting this island aright while plucky islanders shared big grins as they plowed through seawater-filled streets on bikes and scooters.

Garden Key in the Dry Tortugas National Park, site of historic Fort Jefferson, had the dubious honor of being the first point in the United States impacted by Hurricane Ian. The park had been closed on September 26th in preparation for the storm, and on the night of September 27–29, Ian’s eye passed directly over the park with eyewall winds clocking in at a sustained 120 mph. The Civil War-era fort sustained some infrastructure damage along with tree damage and flooding on the parade ground inside. Debris cleanup and repairs were also needed for the camping area, ferry dock, and boat slips.

Dry Tortugas is a very popular camping, fishing, and snorkeling spot. The park is a favorite with overnighting boaters, adventurous campers, and day-tripping Key West visitors. Fortunately, damage was light enough that officials were able to quickly reopen the park to visitors, and the first ferry from Key West docked at Garden Key on October 10th with the beaches open and the water accessible to snorkelers. By October 12th, the fort interior had reopened, camping spots were available, and the waters were open to recreational boaters although docking space on the island remained limited by damage to the public slips and piers.

At Our Best in Adversity

It says a lot about Key Westers that efforts to provide aid for communities further up the Keys and of course along the West Coast of mainland Florida got underway while debris cleanup and recovery efforts were still ongoing in Key West. Stormy weather is nothing new to Conchs, and families who trace their lineage back to the early sea-faring days on the island have ridden out many hurricanes. Tough times serve to bring this small island community together, and highlight the courageous, persevering nature that has been a part of the Key Westers’ character since the town was born.

Living in a Caribbean paradise at land’s end on the southernmost boundary of the United States means living on the edge. This brings a whiff of pioneering adventure that combines with the beauty of the place and the unique character of the people to create the allure that draws so many folks to Key West. Some return to visit again and again before finally deciding to settle here. Others simply show up once and never leave.

There is definitely something about Key West. For many centuries before the recorded history of the Keys began in the early 1500s, humans sought refuge on the small island. Since its incorporation as a city on January 8, 1828—in spite of piracy, war, storms both natural and economic, fire, flood, and plague—Key West has remained strong and vibrant, always bouncing back, welcoming more folks, and growing.

Put Down Your Own Island Roots

As we have said so many times before, Key West real estate is a strictly limited commodity; this is a fact that the past couple of years have once again made clear. And every time a storm hits, it brings to mind the deadline for development in the Florida Keys that was imposed in 1972 according to a Regional Evacuation Transportation Analysis model.

The model is based on the size of population that can be evacuated within 24 hours at the approach of a major storm. A Rate of Growth Ordinance (ROGO) was established to ensure development in the Keys was properly limited and planned in accordance with that model. Under ROGO, in 2012, the State issued 1,970 building permits for unincorporated Monroe County. From that number, the County issues 126 building permits per year through a complicated and lengthy permitting process. From 2023 to 2026, building permit approvals will be reduced to about 63 per year. In theory, after 2026, no more new construction will be allowed in the Keys unless it is replacing a structure that is being retired.

If you are thinking about getting your hands on piece of Key West real estate or some Lower Keys property, now is the time to take action. Whether you are a buyer or a seller, Bascom Grooms Real Estate is your trusted Key West hometown agency and best connection to the Florida Keys real estate market. Get in touch right here anytime to talk about your needs, call us at 305-748-2057, or drop by at 1716 N Roosevelt Blvd on the Garrison Bight waterfront when you are in Key West.