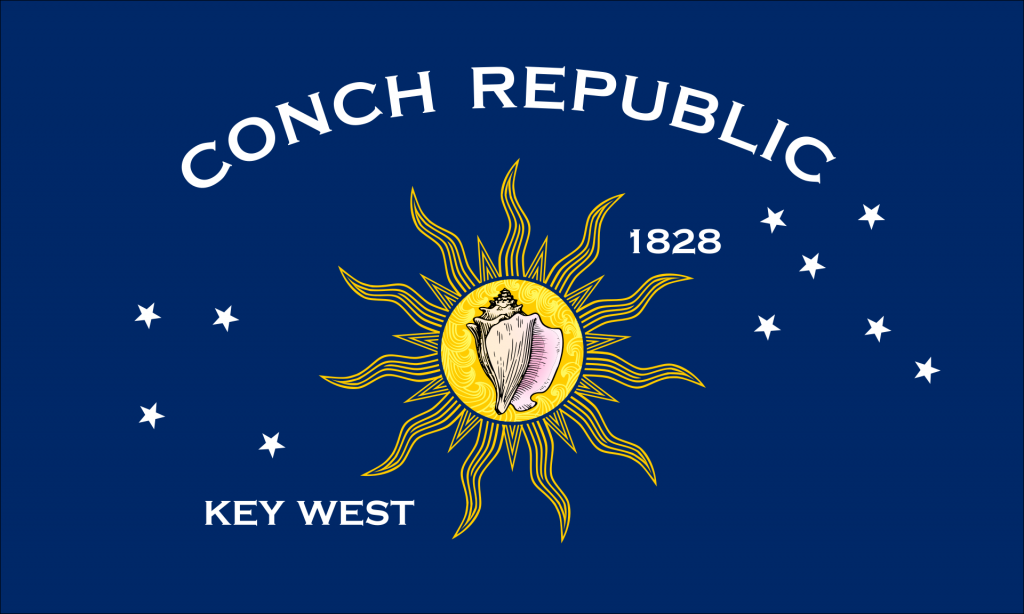 Why are Key Westers Called Conchs?

Island newcomers may wonder why born and bred Key West natives like Bascom are known as “Conchs”. In fact, there is tradition behind the reference that runs far deeper than a mere moniker. But the history of the term is speculative, clouded by time, and tangled in the extremely varied history and wildly diverse selection of humanity associated with the island.

As some stories have it, many British loyalists among the pioneering American colonists fled to the nearby Bahamas as the Revolutionary War ended. Some of these immigrants looked down on the white Bahamian settlers already living in the islands and called them Conchs because they ate so much of the large, tough-fleshed, and ubiquitous sea snail known as the conch. Another legend has the rebellious Bahamians being thus labeled for declaring that they would rather eat conch than pay the taxes demanded by the British monarchy.

In the 18th century, sailors from the Bahamas began visiting the Keys to catch turtles, cut timber, and salvage shipwrecks. By the 19th century and for the first half of the 20th century, most residents in the Florida Keys and many in Key West were from the Bahamas. Although both black and white Bahamians were at first referred to as conchs, as time went on the nickname came to reference whites of Bahamian origin.

Later, other Keys residents and especially Key Westers began to proudly refer to themselves as Conchs. The nickname has stuck through the centuries and now even long-term Key West residents are known as Fresh-Water Conchs after 7 years on the island.

The Florida Keys have long been a haven, hide-out, and hunting ground for seafarers and adventurers ranging from outright blood-thirsty pirates to those who skirt the law to greater or lesser degrees in the name of good times. The rum-runners who illicitly transported that vital elixir of tropical life from the Bahamas and Cuba during prohibition are legendary, and the watery wilderness of the Keys has served as a convenient port of entry for other prohibited mind-altering substances as well.

So it was that, as part of an anti-smuggling effort launched in the early days of 1982, the United States Border Patrol established a check point on US Highway 1 at Florida City, the first large town on the mainland north of the Keys. The agents stopped cars, questioned drivers, and searched trunks, glove boxes, and under seats. The primary result was a seventeen-mile long traffic jam on the only road leading to and from the Keys.

The road block happened to be near the Last Chance saloon, at that time final (or first) stop for libations north of Key Largo. Saloon owner Skeeter Davis immediately called his friend Dennis Wardlow, Mayor of Key West, and gave him the alarming news that a border checkpoint was now located deep within United States’ territory. A shocking political development indeed, and the sudden impact on the growing Key West tourist economy was even more frightening.

Key West Secedes When Others Fail

Mayor Wardlow, Key West City Commissioner Ed Swift, and Attorney David Paul Horan responded to the government overreach with an injunction filed at the Miami Federal Courthouse. When the court refused to order the Border Patrol to cease roadblock operations, only one alternative remained. On the advice of Counselor Horan, the Mayor announced to the media that Key West would be seceding from the Union to form the Conch Republic.

Returning to Key West, Mayor Wardlow made preparations and alerted the citizens, many of whom genuinely feared a strong Federal Government response. Federal Agents poured into town and the threat of mass arrest under martial law was very real when several staunch Keys loyalists stood with Mayor Wardlow on the back of a flatbed truck parked in Clinton Square and delivered a Proclamation of Secession on April 23, 1982.

After a one-minute rebellion and an attack on the US symbolized by the breaking of a loaf of stale Cuban bread over the head of a US Navy sailor, Prime Minister Wardlow surrendered to the Admiral in charge of the Key West Naval Station. Billions in foreign aid and war relief funding were immediately demanded from the United States Government. US officials declined to respond (ever).

The Conchs Will Rise Again!

Filled with patriotic pride in their brave independence and ever-dedicated to honoring One Human Family and bringing humor, peace and respect to the world, Key West residents and visitors celebrate the annual Independence Day with one of the best parties in the Keys. Normally held in April, the proceedings were of course delayed this year but the celebration is still happening despite the forced postponement of a few slightly rowdy, non-socially-distanced events.

The exalted Secretary of State of The Conch Republic, Captain James R. Gilleran, is honored to “Welcome all comers who understand the value of humor, community, and a passion to encourage others to behave in a proud and foolish manner.” It’s the perfect time to enjoy the true Conch spirit and explore the quirky island paradise that has become home to so many special folks.

Check out this year’s events and plan a visit to America’s Caribbean Paradise. If you would like to know more about Key West real estate and the amazing homes found on Key West and along the Lower Keys, contact us here then stop by Bascom Grooms Real Estate at 1716 North Roosevelt Blvd. when you are in Key West.